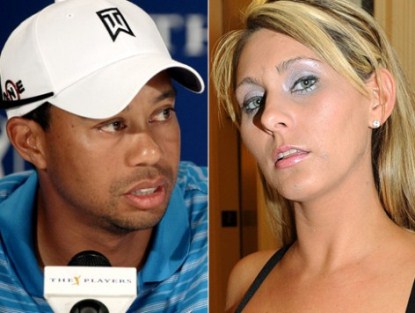 Devon James the former mistress of Tiger Woods during his marriage to Elin claimed she made a sex tape of them both during one of their sleazy encounters.   Then she admited what the whole world knew – the Tiger Woods sex tape was a fake!   Now Devon and her husband Nick are claiming that the tape actually did exist but Tiger paid her off not to release the tape.  So Devon is now closing her website where she collected $19.99 from buyers.

How ridiculous are Devon and her husband they have been caught in so many lies and inconsistencies?  Do they really expect anyone to believe this story?  They are just trying to extend their 15 minutes of fame.  Not that I am a fan of Tiger and his actions but in this case I hope he sues their pants off!