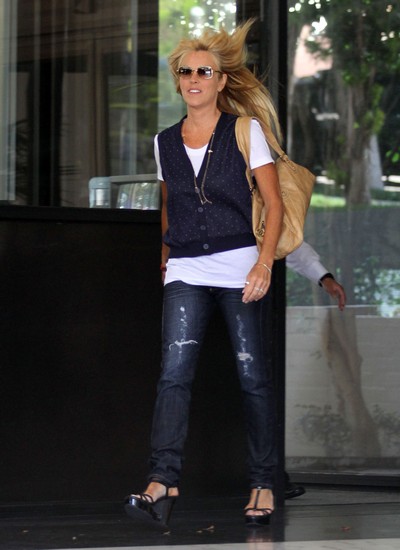 When you think of Dina Lohan, the thought of her winning Mother of the Year surely doesn’t come to mind. She’s opportunistic and a user of sorts who enables her daughter to stay addicted to drugs under the guise that she got prescriptions from a doctor!

Now that we’ve gotten that out of the way, Dina is set to open her trap about her daughter Lindsay’s recent jail stint. Because, you know, spending less than two weeks in the slammer is serious business.

And still, when you thought you would see less of Lindsay’s mug now that she’s gone away to rehab, we’ve found that she lined up 800 photo shoots before she got sent up. So that should be enough saturation to cover us until Christmas.

Dina is heading to the “Today Show” to give an exclusive interview with Matt Lauer — and she’s expected to dish on everything from Lindsay’s jail time to the young actress’ current rehab treatment.

Serious business, I tell you. Will you watch Dina babble on about the “abuse” that Lindsay “suffered” in jail? Of course she’s going to give a nice interview telling us all about it, she needs the dough!