Do You Care? Crazy Lady Naomi Campbell Is Getting Married 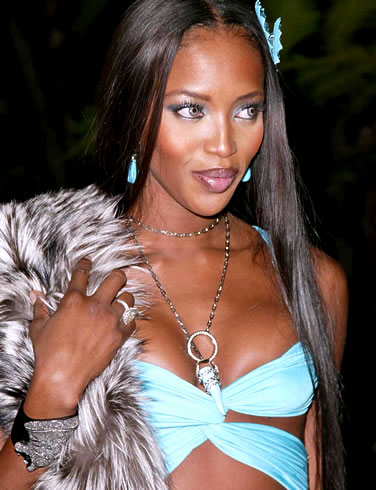 Online newspaper life.ru quoted the 47-year-old business tycoon as saying: “I can’t say it took us long to decide who will be bridesmaid.   “We are good friends with Dasha, she is a wonderful person and talented designer. So she will be next to Naomi at our wedding.”   Vladislav did not hint at a possible date for the nuptials and did not give away any further details.

Naomi’s spokesperson has previously laughed off speculation the couple are engaged.  Her representative said in January: “Naomi is not engaged nor has any plans to wed.”   It is believed Vladimir is currently still married to Ekaterina, the mother of his teenage daughter Katia. Naomi, 39, and Vladislav – who is nicknamed the ‘Donald Trump of Russia’ in his home country – began dating in 2008.

Shortly after they got together, it was reported the businessman was so smitten with Naomi he bought her a $18.5 million penthouse in Brazil.   A source said at the time: "Naomi told Vladislav how much she loved Brazil and that she really wanted to settle down there. So he bought her the apartment, and said it was a gift for her. They will use it as their base when they are in Brazil together."