Do You care? Gwyneth Paltrow Refuses To Diet 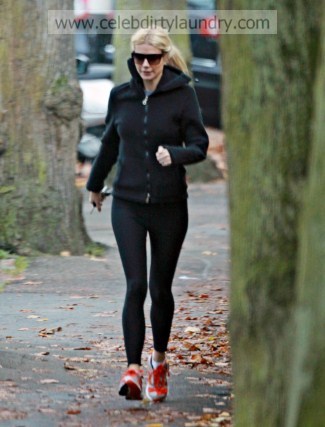 The stunning actress – who used to follow a strict macrobiotic eating plan – says she no longer restricts her food intake and instead makes sure she undergoes regular exercise.   The mother-of-two – who is married to Coldplay rocker Chris Martin – said:   "I had to work hard to get it like this, but now I’m here it’s so great because I don’t have to think about it. I can just enjoy life. What a relief is that.

"I can eat what I want, as long as I exercise, which is just as well, because if I put the word ‘diet’ into my brain, I immediately gain a stone."   Gwyneth, 37, credits celebrity trainer Tracy Anderson with her stunning figure and admits she’s pleased she no longer works with her friend Madonna.   She told Britain’s Vogue magazine: "Yeah, it’s good that she doesn’t train Madonna any more. It was too much. She keeps people waiting – it takes up your whole day."    While Gwyneth tries to eat healthily most of the time, she recently revealed she had developed an obsession with fried chicken after spending time in  Nashville to film new movie ‘Love Don’t Let Me Down’.   She said: "Never have I met such warm people, heard such good music, eaten so much fried chicken. I could go on and on."

Gwyneth was a regular visitor at the local restaurants, and singled out two in particular for their delicious deep fried delights.   She added on her GOOP website: "At Sweet’s, the fried chicken is superb crunchy and not oily on the outside and juicy on the inside. At the Loveless Cafe, their food is delicious, a traditional southern heart attack."  Photo: Flynet Pictures