Do You Care? Heidi Montag Has Filed For Divorce….. 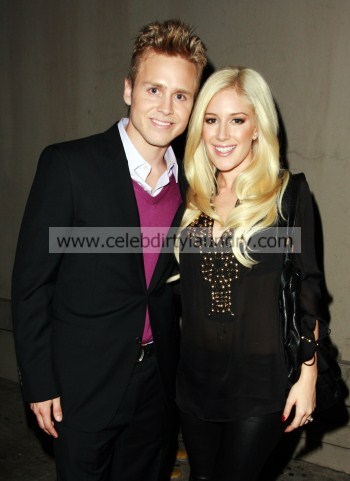 “Heidi has amended her petition for separation and today has filed a petition for dissolution of marriage from Spencer Pratt.   “The couple has agreed they would like their divorce to be finalised in a timely manner in an out of court settlement. Both parties are amicable with each other and over the possibility of finalising their divorce.”

Spencer, 26, recently admitted he and Heidi – who he married in April 2009 – had gone their separate ways because she wanted to enjoy married life out of the spotlight, while he had his sights set on increasing his fame.  He said:

“We love each other but I’m a famew***e and I’ll never grow out of it. Heidi knows that and doesn’t want that.  “I want every kind of press. She believes in bad press. There’s no way my love for fame and her love for puppies will every work out successfully. She just wants to hike and hang out and be calmer.   “She thought I’d burn out of this, but no. I’m still the same Spencer who went on ‘The Hills’ to be famous. I still need to do stunts and take cues from Brad Pitt and Tom Cruise.”