Does David Boreanaz Need To Be Added To The Dirt Bag List? 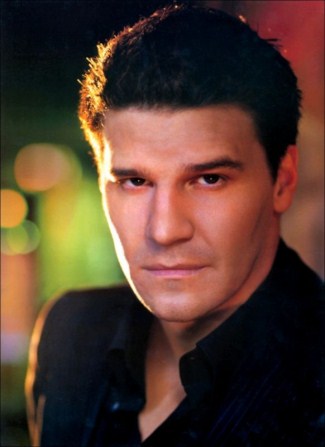 ‘Bones’ star David Boreanaz is being sued for sexual harrasement by an unknown actress.  The sexual harrasement occured during the filming of the show.    Apparently the lawsuit will be filed tomorrow by Gloria Allred in LA.    He has had problems before he previously admitted to having an affair while married.  Allegedly the women tried to extort money from him.  That women was also represented by Allred.  Whether the two women are one and the same is unknown now.

Regardless of all of this Boreanaz and his wife remain committed to each other and committed to resolving their  marital problems.  In  May David told People Magazine:

“Our marriage has been tainted with my infidelities, we’re working on repairing what has been damaged so badly.”

hmmmm seems to me it would be  hard to bounce back from all of this.   I have to say I am shocked David seems like a nice down to earth guy.  I guess you never know.