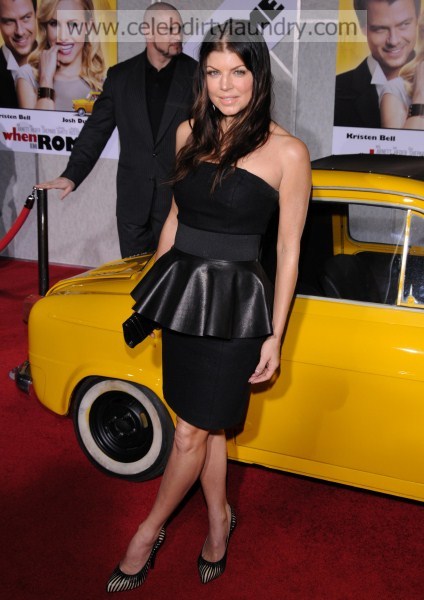 Black Eyed Peas singer Fergie – who is married to ‘Transformers’ star Josh Duhamel – admitted she is currently focusing on her career and thinks she would struggle to try and work while pregnant.

She explained:“Everyone tries to rush you into everything in the press these days, but for me right now it’s all about Black Eyed Peas – there’s no room in my schedule to have a child.  “Even if I wanted to get pregnant, there’s no way I could perform on stage and be pregnant, I would feel too guilty.”   The ‘My Humps’ hitmaker admitted that when she and Josh, 37, eventually do start a family, her music career will take a back seat.

She added to Britain’s OK! magazine: “Once I have children, the kids come first.   “One thing at a time for me. There’s a saying, I forget who said it, but it was a really good quote that said women can have it all, just not all at once. It’s too much if you’re doing everything all at once.”   Josh – who married Fergie, 35, in January 2009 – has previously spoken of his desire to have children.   He said: "We’re thinking about kids. I don’t know when. She said that she’d be pregnant twice. So I said, ‘Great, we’ll have two sets of twins!’ "