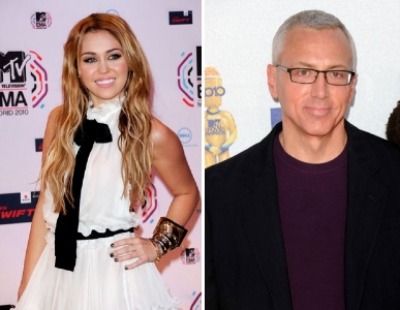 Now that Miley Cyrus has caused a bit of an uproar with her Salvia use, famed celebrity rehab doctor, Dr. Drew Pinsky is weighing in with his thoughts on the Disney star’s drug use.

In a new interview, Dr. Drew says that she’s acting out because of her parents divorce and she needs to seek professional help — now.

He said, “We know that she’s going to be acting out now because her family’s in trouble, so it’s not unusual to see depression manifesting as various kinds of acting out behaviors. Adolescents don’t get depressed the way adults do. They don’t get sad and cry and withdraw. They often act out and become irritable, they act out with drugs and…get in trouble and she seems to be suffering.”

He went on to reveal that Salvia is a drug that has serious effects. He said, “It’s a very powerful hallucinogen. It grows along the freeways here in Southern California. They make a powder out of it, they smoke it, they make tea out of it. The smoking causes a very intense hallucinatory high. It lasts just a few minutes and they’re very bizarre many times, too.”

His advice? Get help! He added, “If I had a child that was doing that or if I was advising a parent, I would say get professional help immediately. This cat is out of the bag. This is a child who is in trouble and who is suffering and this is her way of trying to manage that. Get professional help.”

Does Miley look depressed to you?