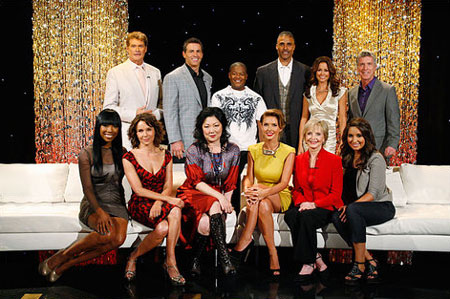 More than 20 million viewers tuned in for the premiere of Dancing With The Stars Season 11.   But Season seven winner Brooke Burke and current co-host told The New York Post all is not perfect in paradise.

“We’ve seen rage and anger after getting crushed by the judges. Walls get punched. People break down into tears and rip mikes off, push the cameras away — it’s pretty human.”

The stars are also suffering from injuries according to Sex & The Citys Gilles Marini who himself was popping pills for a shoulder injury.  Marini suggest that by the middle of the season some stars are wishing to get voted off.

“You feel like you’re cracking in pieces. You have this adrenaline rush and all this stuff to learn.   Everything shifts in the middle of the season. It just gets darker mentally.”

Other contestants say there is not only rages, tirades and anger that don’t make it on the show there are also romances due to the close proximity of the dancing partners.  Regardless of all the shananigans, DWTS attracks so many viewers it has become a career rejuvenator that has D listed celebs dying for a chance to partner with a professional dancer and compete in a weekly dance-off.
.