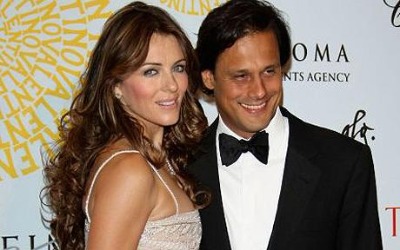 Elizabeth Hurley has confirmed the news that she has split from her husband, Arun Nayar, after it was reported that she was cheating on him with Shane Warne.

News of the World reported earlier today that Liz was spending time with Shane at a hotel in London earlier this week. She reportedly stayed with him at the Bentley Hotel in South Kensington after he took a jet from Australia for work.

There were even photos showing them slobbering all over each other. She tweeted a message, saying, “Not a great day. For the record, my husband Arun & I separated a few months ago. Our close family & friends were aware of this.”

So she wasn’t cheating? Hmmm…what do you think?