Emily Blunt Once Tried To Be A Boy! 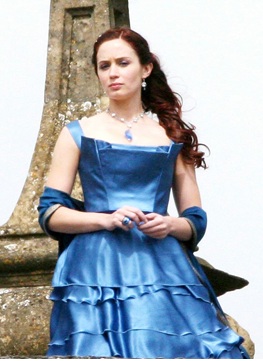 When Emily Blunt was a child she says she that she was ‘determined’ to be a boy.  Of course these are hardy boyish roles the star is getting these days – playing princesses.  In ‘Young Victoria’ Emily played a princess and now again in the umpteenth remake of ‘Gulliver’s Travels’ she again has a princess role.

In an interview Emily said ‘A princess again! I was never the girl who wanted to be a princess when I was young.  girly girl.’  I wanted to be on the soccer team. I wasn’t into Barbie dolls and swore I’d never, ever wear pink. I’d throw tantrums if my mum put me in pink clothes. Not a girlie girl at all.’

Despite her reluctance to be a princess, Emily, 27, admits starring in ‘Gulliver’s Travels’ alongside Jack Black and Jason Segel delights her and is a change because it was such light material – she is used to playing ‘dark and bitchy,’ she says.