Eminem Has A Crush On Rihanna 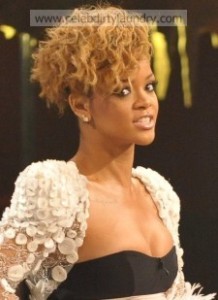 Rapper Eminem – who recently recorded a duet with the star entitled ‘Love the Way You Lie’ – has a crush on the Barbados-born Rihanna and his grandmother Betty Kresin thinks they would make a great couple.

Betty told heat magazine:   “I can totally see what any girl including Rihanna would see in him. He’s so charming; he has always had adorable, beautiful blue eyes and this charming, wonderful smile.  “Rihanna would make a suitable partner for Marshall. But he needs to enjoy life and not get carried away with any relationships at the moment.”  Rihanna and Eminem, real name Marshall Mathers, are reportedly in constant communication, but for the ‘Umbrella’ singer – who is dating baseball star Matt Kemp – their relationship is purely platonic.

A source said: “Marshall would date Rihanna in a heartbeat if she showed even the slightest interest. They’re on the phone and texting each other constantly.”

Rihanna – who was assaulted by then-boyfriend Chris Brown in February 2009 – recently admitted she felt “connected” to the lyrical references to domestic abuse in ‘Love the Way You Lie’.    She said: “It’s something that, you know, we’ve both experienced on different sides, different ends of the table.   “Eminem pretty much just broke down the cycle of domestic violence and it’s something that people don’t have a lot of insight on.  “I knew if he sent me a record there must be something to it. It couldn’t just be, ‘Oh, duh! She was in that relationship so we have to get her.’ The lyrics were so deep, so beautiful and intense. It’s something that I understood, something I connected with.”

In the song, Eminem raps: “I laid hands on her/I’ll never stoop so low again/I guess I don’t know my own strength.”