Emma Watson Has Split From Her Boyfriend 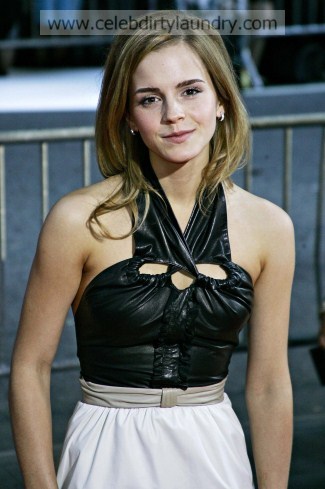 The ‘Harry Potter’ actress Emma Watson has decided to end her relationship with financier Jay Barrymore, with friends blaming their long-distance romance as the reason for the break-up. Emma – who is currently living in America as she studies at Brown University, while Jay is in the UK – is now said to be seeking comfort with fellow student and Spanish musician Rafael Cebrian, reports the Mail on Sunday newspaper.

A source said: “Emma and Jay were in trouble for months and with Emma at Brown University in America, the transatlantic gap proved too much for their relationship to survive. Emma has been spending a lot of time with Rafael and they are virtually inseparable.”   The two have become so close, Rafael has even persuaded Emma to take part in a forthcoming coming university production of Chekhov’s ‘Three Sisters’.

Despite her worldwide fame, Emma has previously revealed she is "too busy" to go off the rails.   The 19-year-old beauty – who shot to fame aged 11 playing brain-box student Hermione Granger in the wizarding franchise – insists the only reason she hasn’t followed in the footsteps of other child stars and partied too hard is because she works so hard.   She said: "I can totally understand why young actors go nuts. The level of interest in their lives, the pressure to be perfect – that’s what you do, you screw up.   "I don’t know why I haven’t gone off the rails. I don’t have time. I’m working too hard to be of the rebellious nature."  Photo: Fame Pictures