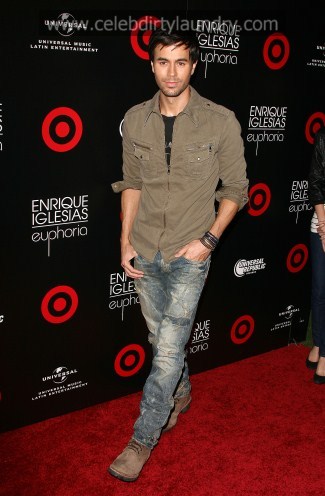 Spanish heartthrob Enrique Iglesias – who is in a long-term relationship with Russian tennis star Anna Kournikova – bet he would “get drunk and ski naked” if Spain won the soccer World Cup, which they did last Sunday (11.07.10).

He told the BBC in June: “If Spain wins, I’m going to get drunk and ski naked in Biscayne Bay.”   Now, his spokesperson has confirmed Enrique will likely undertake the challenge, telling Access Hollywood: “A bet is a bet!”   It would not be a first for the 35-year-old singer, who admitted to the BBC: “That is what we used to do when we were kids.”

His girlfriend Anna is unlikely to be upset by the jaunt, as Enrique recently revealed she was an “independent” spirit and the pair do not depend on each other like other couples he knows.  He said: “I think independence in a woman is a great quality. Someone who you know doesn’t necessarily depend on you. I know women or men that need someone to lean on. It’s good to be independent and strong.”