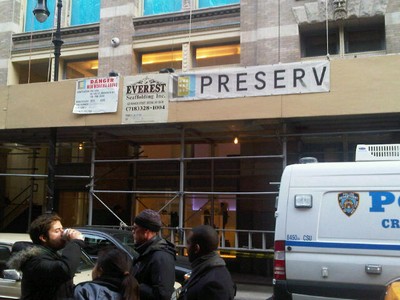 Bernie Madoff’s son, Mark, committed suicide early this morning. Authorities found Mark Madoff dead in his Soho apartment after his father-in-law notified the police. According to reports, “Officers were called to 158 Mercer Street to respond to a report that Mark Madoff was hanging in his apartment. He was found at 7:30 AM by his father-in-law”.

Sources have revealed that he was found hanging from a dog leash and reportedly, “His two-year-old son was asleep in another room.” Today is the second anniversary of the day that his father was arrested for scheming people out of millions.

Our fearless leader, Robyn, Editor of CelebDirtyLaundry, took these photos from the scene in Soho. 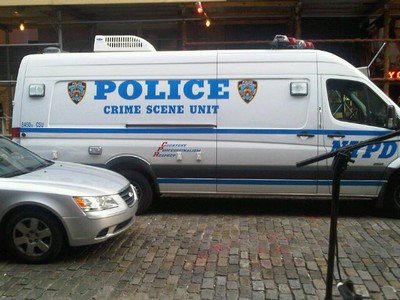 There was no suicide note found in the apartment. A source close to the scene said, “Mark Madoff had recently traded emails with his wife, Stephanie, who is now in Florida with the couple’s four-year-old child.” She was worried about him and asked her father to check in on him.

His lawyer said, “Mark Madoff took his own life today. This is a terrible and unnecessary tragedy. Mark was an innocent victim of his father’s monstrous crime who succumbed to two years of unrelenting pressure from false accusations and innuendo. We are all deeply saddened by this shocking turn of events.“

According to the NY TImes, “A person close to Mark Madoff said he had been increasingly distraught as the anniversary of his father’s arrest approached, and he had been upset at some recent news coverage speculating that criminal charges against him and his brother were still likely.” Mark Madoff (pictured, center, with his father and brother) was in news last year when he disappeared from his apartment after a fight with his wife. She called the police and it turned out that he had spent the night at the Soho Grand Hotel, paying cash and staying under a different name. He was described asbeing “prone to depressive mood swings and physical ailments, including stomach troubles.”

More recently, a spokesman said that Mark Madoff was “unalterably bitter” over how his father was depicted (he wasn’t too happy how he was being portrayed either) and was sued by the trustee in charge of locating assets for the scam’s victims—he allegedly got $67 million from his dad’s ill-gotten gains—but was not charged criminally. Bernard Madoff remains in federal prison, serving a 150 year sentence. 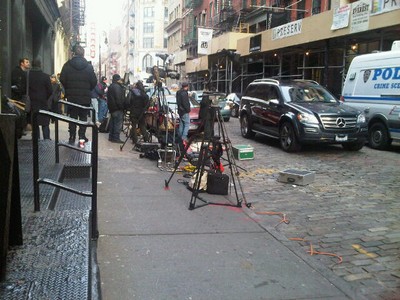 Wow. May he rest in peace.