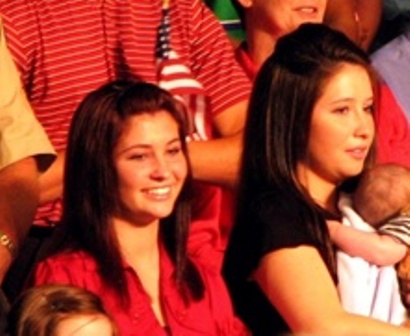 The man named “Tre” who was viciously attacked by Willow Palin on facebook refuses to accept the apology of Willow and Bristol Palin – and he is right – they do not mean it at all – they just don’t want anything to interfere with the fake voting that get clumsy incompetent and chubby Bristol to be retained on DWTS each week ahead of vastly more talented competitors.  Shame!

Let’s start with a direct quote from Willow’s facebook rant at someone who dared to criticise America’s New Royal Family – The Pallins.

Now isn’t that nice.  The Pallins showing their true feelings and engaging in civil disagreement and discourse – NOT!  Is this how Willow thinks one should speak?  Is this what her mother and older sister and dad taught her?  I know!  Maybe they can blame Levi Johnston, after all we heard how Bristol was the (chubby) golden child until Levi came around to corrupt her.  This was part of the Bristol story as told on DWTS.

All in all I am so sick of everything Pallin at this point – the cheat voting moving Bristol ahead on DWTS, their ugly homophobic facebook rant, Bristol’s snidely blaming Levi on TV for all her problems (read pregnancy) – can’t these people stay out of our lives until its formally political season or is it always political season now?   Anyway – good for Tre for not accepting the apology – stand by your guns.