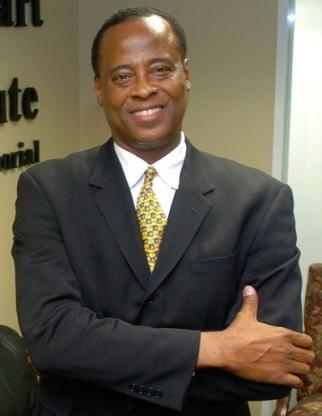 Rumors are circulating that Dr. Conrad Murray is going to be charged tomorrow (February 3rd, 2010) with involuntary manslaughter by the LA County District Attorney.  Michael died June 25th, 2009 from a propofol overdose.  Dr. Murray maintains he administed nothing to Michael Jackson.

Meanwhile TMZ is reporting that Dr. Murray intends to surrender himself tomorrow and has met today with his lawyer J. Michael Flanagan regarding the surrender.  My guess is Dr. Murray knows he is going to be arrested sometime this week and he would rather surrender than be dragged away in hand cuffs, he would rather avoid the public humiliation.

All I can say is it is about time they arrested this man ! It is unbelievable that he still has his medical license and he is still practicing medicine and even more unbelievable patients actually go and see him.