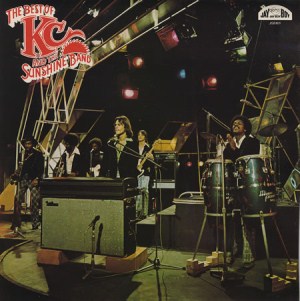 The bass player and producer was taken into custody on Tuesday in Ohio, US, after a teenage boy came forward to say he had had a sexual encounter with the ‘(Shake, Shake, Shake) Shake Your Booty’ hitmaker.

When approached on Tuesday (23.03.10), 56-year-old Finch – a founding member of the band – admitted the encounter as well as having sex with boys ranging between 13 and 17 years in age, according to the Licking County police department.   He has been charged with gross sexual imposition and is being held on a $250,000 bond.   A message on Finch’s website denies the allegations, however.

It read: “We will let due process happen through the legal system, and through that, we are sure Mr. Finch will be vindicated from these unfounded allegations."   No evidence has yet been disclosed explaining what led to the arrest against Finch, or the charges.   A date has yet to be set for Finch’s arraignment.