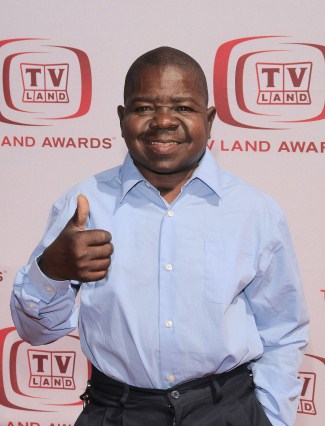 Diff’rent Strokes actor Gary Colemen – who died aged 42 late last month after suffering a brain haemorrhage – wanted to wed Shannon again following a secret divorce in 2008.   Shannon’s agent Sheila Erickson said: ‘They never remarried but they were recently talking about getting remarried.   ‘They were waiting for Shannon and Gary’s health to get better. In fact, Gary wanted to wed two weeks ago, but she wanted him to get better first.’

Erickson also confirms Gary had signed papers giving Shannon the right to deal with medical decisions on his behalf.   She told USMagazine.com: ‘Gary signed papers giving Shannon full authorization. Gary didn’t contact his parents at all since hw as in the hospital. He hadn’t talked to them since he was 17. Even at a critical time, the only one he wanted to be responsible for him medically was a person he referred to as his wife, Shannon.   ‘Even though they were divorced, it wasn’t something that stopped them being together. It was just a piece of paper to Gary and Shannon.’   Gary had a series of medical setbacks throughout his life, most recently undergoing heart surgery and contracting pneumonia.