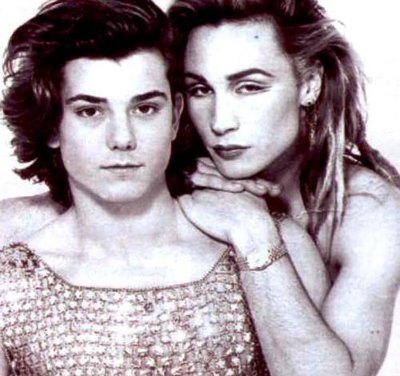 There were rumors floating around that Gavin Rossdale banged some cross-dresser named Marilyn back in the eighties. Since, he has denied, denied, denied!

In a recent interview with Details magazine, he finally confirmed the news. He said, “I think at the outset there was a sort of fear – that was right at the beginning of Bush, and I didn’t want it to be part of it. It felt like a cheap shot, so I was like, ‘I’m not getting involved.’ I’ve never wanted to appear closed about it. It’s not something I’ve talked about really because it’s always been in the glare of the tabloid world. It’s just one of those things – move on.”

He added, “When you’re 17, Jesus Christ, I don’t think there’s anything strange about any form of anything – you’re learning about life. It’s a part of growing up. That’s it. No more, no less.”

Interesting. Now he needs to make one of those “It will get better” PSAs and all will be right with the world. Besides that, who cares? He was young and experimenting, it’s not that big of a deal. Unless, of course, there’s video. In that case, it must leak. Just sayin’.