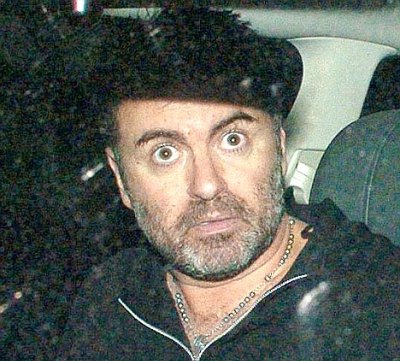 Since George Michael was busted for his 800th DUI offense, he has finally decided to get the help he needs. Okay, I know I exaggerated there, it was more like 80, but we’re losing count here. Dude just loves the ganja way too much.

George has checked himself into rehab, in order to battle his constant need to puff, puff, pass. On his official website, he’s dedicated a letter to all of his fans, letting him know of his rehab plans:

As usual I am overwhelmed by the support and genuine concern that so many of you around the world have expressed in recent weeks. I want to thank you all sincerely, and also to reassure those of you who worry so much for me. I fully appreciate the seriousness of my current situation, for which I truly apologise.

You will understand that it would be wrong of me to go into details before the court case has ended but I feel you should know that on the day after the incident I checked in to a clinic for a 14 day detox program here in London, which has been followed by ongoing outpatient drug counselling several times a week. Personal problems which I had tried to deal with myself had clearly got the better of me, and I am sorry that my pride has prevented me from seeking help before now.

I would also like to express my thanks to those whose discretion allowed me to begin this process in private, which has helped me greatly.

With love and my apologies,
George Michael

For his latest stint with his Range Rover vs. a store, he is facing possible jail time. He’s due back in court next month for his sentencing. Stay tuned for details!