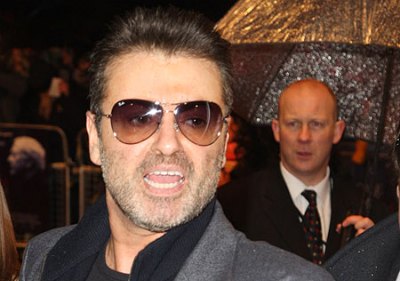 Singer George Michael was sentenced to jail today after he crashed his Range Rover into a store in July. He was given eight weeks in jail for his offense, in addition to fines and the suspension of his drivers license.

The judge said that George has an addiction to weed and therefore, he has put himself and the public at risk with his behavior.

Michael will serve four weeks in prison and spend the rest on licence. He was also banned from driving for five years, fined £1,250 and ordered to pay £100 in costs.

One fan sobbed in the public gallery as the multi-millionaire, who was wearing a smart grey suit, black tie and Ray Ban sunglasses, was taken down to the cells.

District Judge Perkins told him he had taken a ‘dangerous and unpredictable mix’ of prescription drugs and cannabis before driving in the early hours of July 4.

He said: ‘It does not appear that you took proper steps to deal with what is clearly an addiction to cannabis. That’s a mistake which puts you and, on this occasion, the public at risk.’

I don’t think there’s such thing as an addiction to cannabis, but that’s just my opinion. It’s stupid crap like this that gives harmless marijuana users a bad name.