Georgia May Jagger For Chanel Cruise 2011 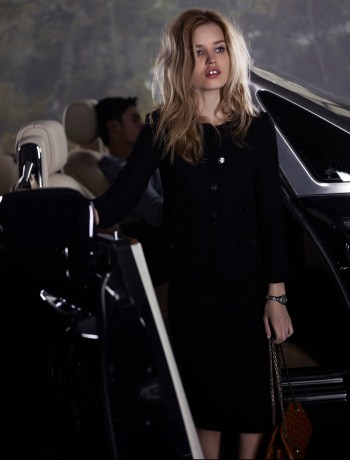 Georgia May Jagger daughter of Mick Jagger & Jerry Hall for Chanel Cruise 2011.  The campaign was shot by Karl Lagerfeld.  Georgia is very pretty but I am not sure why Chanel continues to use young women to promote their collecton, poor Georgia looks like a little girl in the picture above.  Prior to Georgia they used Lily Allen, neither would inspire me to buy Chanel.  I think the kind of women who can afford Channel are much older than the young ones they use to promote the collection.

Meanwhile, Georgia was recently ‘grounded’ by her famous parents.  Mick came down hard on the teenager after pictures emerged in January that appeared to show her sniffing a substance during her birthday party at a pub near the family home.   However Georgia is adamant drugs were not taken on her birthday, regardless Mick and Jerry curtailed her partying from that point on. 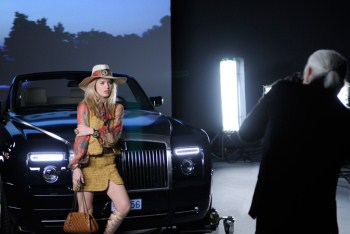