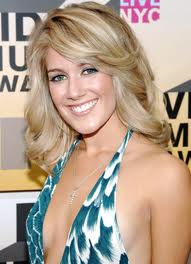 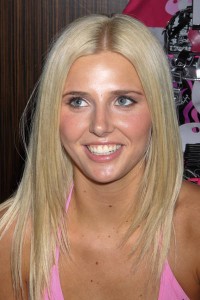 Douche Bag Spencer Pratt who is desperately seeking any kind of attention is trying to make big bucks off the pervs of this world.  Now Spencer says he has a girl-on-girl sex tape featuring Heidi Montag & Playboy Playmate Karissa Shannon.

TMZ is reporting that Spencer was moving his things out of the house where he lived with Heidi and just happened to find a camera with the X rated footage.   What a happy coincidence ;-) Of course Spencer always thinking LOL  came  up with the genius idea of how he could make big $$$ with the tape.   He finally realized no one wants to see his naked butt in the sex tapes so he figured girl-on-girl will really get the pervs going.   Meanwhile Heidi is denying there are any sex tapes.

Karissa Shannon has confirmed the sex tapes do exist but she doubts Spencer has them and will sue his sorry butt off if he release them.

Just how many more phony new items and fake scandals can these two morons plant in a week?   We are saying the story is a publcity stunt until we see the proof.

Below are today’s Twitter exchange by the geniuses morons.  They are obviously trying to get people interested ;-)

@heidimontag I MISS U!! IM COMING TO LAY OUT WITH U NEXT WEEK ;-)

@KarissaShannon1 please! then we have sooooo much to talk about!