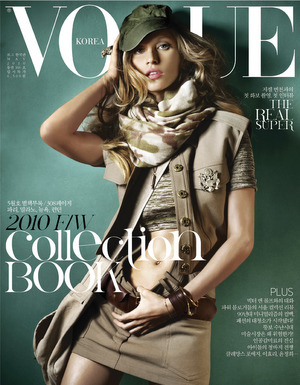 The Brazilian supermodel says four-month-old Benjamin, her son with her American footballer husband Tom Brady, has enriched her life so much she definitely wants more kids and claims she “couldn’t care less” about the impact more pregnancies could have on her body.   She said: “I want to have lots of children. It doesn’t matter if my body changes. It is the most marvellous thing. For example, they sometimes say that your breasts begin to sag, but I couldn’t care less.”

Since Benjamin was born Gisele admits her priorities have changed and although she is still focused on her fashion career, raising her son is her main concern.   She added to Britain’s Hello! magazine: “I’m not quitting the catwalk nor giving up my career as a model. I’m simply going to slow down because I want to spend more time with my son.  “Benjamin is the loveliest thing. He’s incredible. The love feel for him is indescribable. All I want in life is to be a good mother. I want to teach him good values, which is the most important thing a mother can give to her child.”