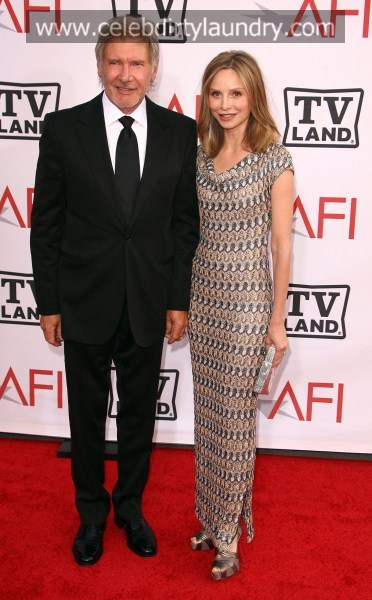 67-year-old actor Harrison Ford – who is a qualified private pilot and can fly both fixed-wing aircraft and helicopters – owns several different types of aviation vehicles and admits his Hollywood roles allow him to indulge in his hobby.

He said: “I’m so grateful that people still want to see me on screen – with my fees I can finance my armada. If I didn’t get any roles anymore I would have to go by plane as a normal passenger.” Although he has a fleet of planes, Harrison insists he lives a fairly extravagant-free existence in other areas of his life and doesn’t even buy new clothes.   He said: “Apart from the flying I live quite frugally. I’ve never bought a single suit in my whole life. Instead, I just always wear the clothes from my films.”

The ‘Indiana Jones’ star – who recently married his long-term partner Calista Flockhart – insists the best thing about flying is the incredible sense of freedom when you are in the air.   He added to German newspaper Frankfurter Allgemeine Zeitung: “Initially it was just about learning something new: I wanted to know exactly how to operate an aircraft. It appealed to me to develop all these capabilities that you need as a pilot. It also gives you a wonderful feeling of freedom when you are the master of your own airplane. But I’m not a daredevil, I want to bring my family safely home.”