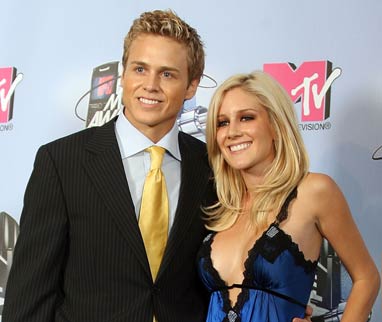 The ‘Hills’ star Heidi Montag has been spotted entering the Santa Monica Courthouse in California with papers in her hand earlier today (08.06.10).   A source told X17online.com: "It’s a legal separation. It’s all Heidi can do until a lawyer gets 100 per cent involved."   Onlookers claim 23-year-old Heidi looked serious as she entered the courthouse and was without her usual makeup and hairstyling.   In legal papers seen by TMZ, Heidi claims "irreconcilable differences" as the reason for the separation.

The actress-and-singe initially went to the Malibu Courthouse to file the papers, but was told they did not deal with family cases and she would have to go to Santa Monica.   Heidi recently revealed she was planning to have the "best summer" following her split from 26-year-old Spencer Pratt – who she married in a secret ceremony 14 months ago.   Writing on her twitter page she said: "Laying out in the hot sun! Enjoying the beach. This is going to be the best summer of my life!!!!!!(sic)"