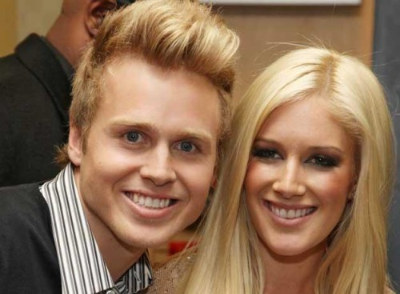 I knew all of this was way too good to be true. It shouldn’t come as a surprise to anyone that Heidi Montag and Spencer Pratt are considering couple’s counseling. Of course they are, this just adds the cherry on top of the cake, doesn’t it?

Just when we thought the destruction of Speidi was imminent, they go and pull this crap. The word is, that even though Heidi has filed for divorce and Spencer has threatened to release a sex tape, that — Surprise! It was all for publicity.

Reportedly, Spencer thinks he can save their marriage and Heidi agrees. Color me shocked.

We’re told Spencer — who’s currently hocking sex tapes starring himself, Heidi and a Playmate — still “loves” his estranged wife … and is willing to do whatever it takes to stop the divorce.

In fact, we’re told Spencer has finally admitted to having a “fame addiction” … and wants to seek help for that too.

As for Heidi — we’re told she’s down to work things out … despite all of the public drama he’s put her through recently.

So the sex tape release is just to get her to Kim Kardashian levels of fame? I’m shocked. Who saw this one coming?!??