Hilary Duff Is Getting Married This Weekend 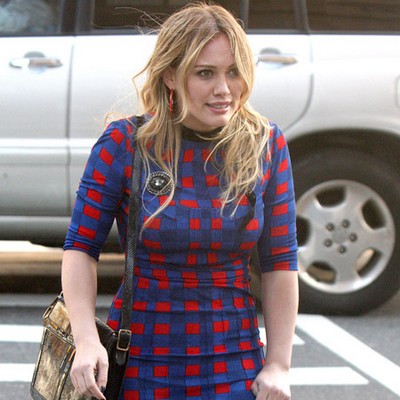 Hilary Duff and her fiancee Mike Comrie are reportedly gearing up to tie the knot this weekend. The two are said to be having their wedding ceremony sometime over the weekend at the San Ysidro Ranch, but it’s been pretty hush hush as far as details are concerned.

A source revealed that the location was chosen primarily for “its sense of old Hollywood glamour and romantic style.” How sweet. I really like these two. I’m not sure why, but I think they’re cute together.

A snitch said, “No detail is going to be spared for their big day.” I bet!

Prompting speculation that the wedding would be this weekend was fiancee Mike’s bachelor party, which took place Tuesday. He reportedly spent the night out with his best buds at Trousdale in L.A.. The snitch added, “He was with seven friends, and they sat in a VIP booth drinking vodka. They had a great time, but Mike was pretty well behaved.”

Can you believe that Hilary has been working out six days a week just to look good for her big day?!?? If that girl feels she has to work out like that, then there must be no hope for the rest of us.

When talking about her wedding dress, she said, “I want it to be girlie and kind of on the bigger side but not too overwhelming because I’m so small. I mean, people would be like, ‘Whoa, cupcake!'”

Stay tuned for details when they get hitched!