Hollywood Film About Chess Superstar Bobby Fischer To Be Made 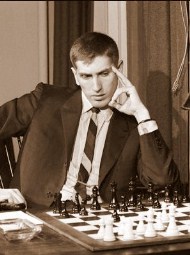 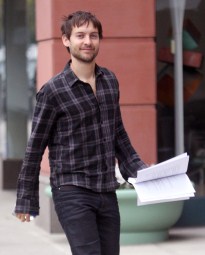 The plot of the story will center around Bobby Fischer’s championship match in 1972 against Boris Spassky of the then Soviet Union and the events which unfolded afterwards. The film, which will have ex-Spiderman star Tobey Maguire in the lead role, will be produced by Universal Pictures with Working Title Films as co-producer.  An earlier movie titled Bobby Fischer Goes to War, wasn’t completed after its lead actor, Heath Ledger, who was supposed to play the role of the American chess icon, died of a drug overdose.

Bobby Fischer was the greatest American chess player in modern times and certainly one of the greatest players to have ever lived, many say the greatest.  He defeated the Soviet Union’s sports machine single-handedly when he took the World Championship away from Boris Spassky in their 1972 match.  His accomplishment was all the greater since nobody had been able to crack the previous Soviet dominance of chess for decades.  Fischer was strictly anti-communist/anti-Soviet Union and his victory over Spassky was considered a great and serious blow to the Soviet Union who prided themselves on being superior morally and intellectually to the United States.

Sadly, after winning the chess crown Fischer’s eccentricities grew to full-blown mental illness and he never played another official game of chess!