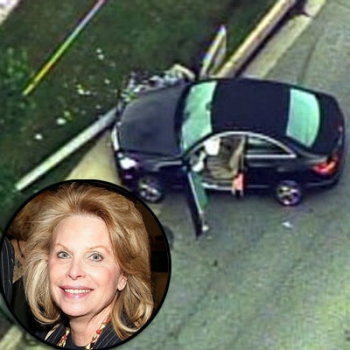 Police think the killing of showbiz publicist Ronni Chasen, 64, who was fatally shot five times – was a hit and not a random killing.   More evidence pointing to the premeditated and murderous nature of the attack was the finding that one of the bullets found in the car was a hollow-point 9 mm.   This shocking leak from the coroner’s report not only proves that Chasen’s death was the goal of the attack but also that there was likely more than one shooter.

Although the three-page report has not been made public, Los Angeles County coroner spokesman Brian Elias confirmed to CNN that a document shown in a local newscast appeared to be authentic.  The document was written by investigators on the first day of the investigation to help the doctor who would perform the autopsy the next day, Elias said. The full autopsy report is expected to be released next week, he said.

Since several other bullets were found that were not hollow point the great likelihood is that more than one gun was used in the murder.  The possible reason for Chasen’s murder remains a mystery.