Via POLITICO Democrats in the House of Representatives achieved a legislative landmark Sunday night that has eluded generations of lawmakers before them – approving a sweeping health care overhaul that extends insurance coverage to nearly 32 million Americans and ends industry practices that discriminate against the sick. 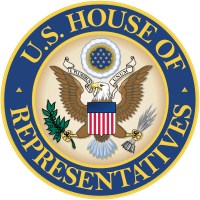 Even though steps remain before the entire package becomes law, Sunday’s House vote on a Senate reform plan represents the climatic finale to a yearlong saga that has taken its toll on the president and his party – one that had dimmed Barack Obama’s once-incandescent star and now sets up an uncertain postscript for his Democratic colleagues headed for reelection fights in the fall.

The 219-212 party-line vote, with no Republicans voting yes and 34 Democrats voting no, nonetheless secures a historic win for Obama while providing his party with some much-needed momentum after a long, grueling slog that has Democrats playing defense in the run-up to the midterm elections.

House Speaker Nancy Pelosi invoked the late Sen. Ted Kennedy in urging her colleagues to vote yes, reading from a letter that Kennedy left to be read by Obama after Kennedy’s death. "Senator Kennedy wrote that access to health care was the great unfinished business of our society – that is, until today," said Pelosi.

She spoke in historic terms of the $938 billion bill, comparing it to landmark social legislation like Social Security and Medicare – reforms that changed the social fabric of the nation. “After a year of debate, we have come to this historic moment. Today we have the opportunity to complete the great unfinished business of our society and pass health insurance reform for all Americans, that is a right and not a privilege,” she said.

The House vote sends the bill to Obama’s desk for his signature, and Democrats say it’s likely he will sign the bill on Tuesday, making health reform the law of the land. Also Sunday night, the House plans to pass a “clean-up” bill to make fixes to the Senate legislation. Then later this week, possibly as early as Tuesday, the Senate will take up that bill as well.

From the outset of the debate, Republicans have opposed the Democrats’ push for near-universal health coverage, arguing it will bankrupt an already cash-strapped country and allow federal bureaucrats to intrude on the relationship between a doctor and a patient. They favored a scaled-back approach that focused on lowering premiums for people who had coverage instead of expanding it to those who lack it.   To read the rest of this story visit POLITICO