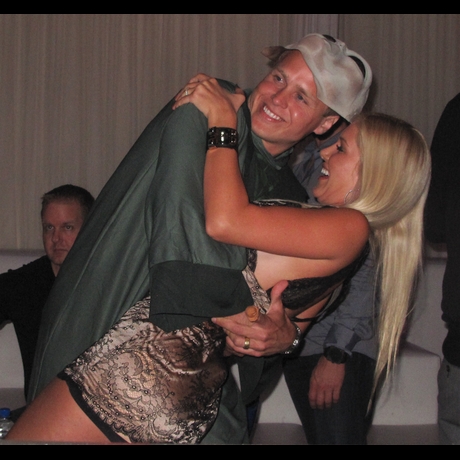 Now here is a story that will really make you wonder.   How do you blow $10,000,000 on nothing?  Well the Heidi Montag/Spencer Pratt team seems to have done it spending over $3,000,000 on Heidi’s ill-starred singing career, spending hundreds of thousands on Heidi’s many operations designed to improve her looks, plus $35,000/month on a Malibu home.  What about 6 cars and healing crystals?  Well at least we know that these crystals don’t heal stupidity. The couple never imagined that The Hills would cease to air so suddenly and when the last season was cut to 10 episodes from 20 they had already spent the money for the 10 they got paid for.

Suddenly they found themselves broke and out of work, living in Spencer’s parents guest house, and living off the groceries that his parents buy them each week.  They owe $2,000,000 in taxes and are looking at unemployment insurance and bankruptcy!  They will be more careful next time they say – assuming of course that there is a next time for these two.