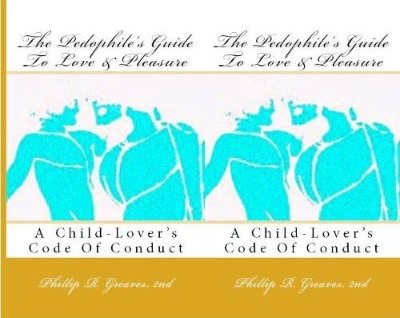 Yesterday, Amazon.com defended the right for someone to sell a book titled, The Pedophile’s Guide To Love & Pleasure: A Child Lover’s Code Of Conduct. After an uproar broke out over the book, condemning it for promoting child molestation, the retail giant pulled the book from their online store.

The author, Philip R. Greaves II, described the book (in his own words):

“This is my attempt to make pedophile situations safer for those juveniles that find themselves involved in them, by establishing certian rules for these adults to follow. I hope to achieve this by appealing to the better nature of pedosexuals, with hope that their doing so will result in less hatred and perhaps liter sentences should they ever be caught.”

Customers threatened to stop shopping at Amazon if the book wasn’t yanked from their store, causing them to do just that. It was reported to be a guide for pedophiliacs to molest children.

Since, rapper Ice-T has taken to his Twitter page to talk about the topic and how disgusting it is. He tweeted, “This can’t be real..@Amazon are selling this filth! http://amzn.to/b31Gl7”

That was followed by him stating that they should boycott Amazon. After receiving some “free speech” backlash, he tweeted, “I don’t care how f*ck’n gangster you claim to be. Children are ALWAYS off limits. Even in prison..”

Afterward, he tweeted, “This is also a great time to use my block button. F*CK free speech. Unfollow me if you think raping children is ok…”

Amazon must’ve heard his rants because they finally removed the book from their store. He tweeted, “Annnyway.. They pulled the book. I blocked about 50 weirdos.Now its time to finally play BLack OPS.. I have the day off! I’m going in! Movin.”