In A List Commissioned To Mark Father’s Day: Jude Law Named “Hottest Father In A Film” 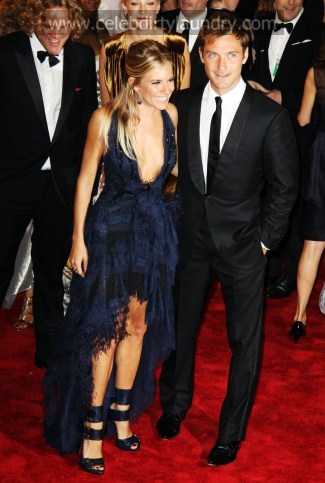 Jude Law – who has four children of his own with ex-wife Sadie Frost – topped a survey compiled by British film rental service LOVEFiLM for his portrayal of widowed dad Graham in ‘The Holiday’.    Will Smith was awarded second place for his part in ‘The Pursuit of Happyness’ which also starred his real life son Jaden Smith.    ‘Star Wars’ villain Darth Vader – who famously tells hero Luke Skywalker: “I am your father” in ‘The Empire Strikes Back’ – was voted into third, beating ‘One Fine Day’ star George Clooney into fourth place.

LOVEFiLM editor Helen Cowley said: "While he may have a reputation for being a ladies’ man, Jude Law has proven he is a good father both on and off the screen and he sets pulses racing as the hottest film father we’ve ever seen. We were slightly surprised to see LOVEFiLM members vote Darth so highly on this list but clearly the dark side works for him."