Is Christina Aguilera Using Her Relationship To Battle Lesbian Rumors? 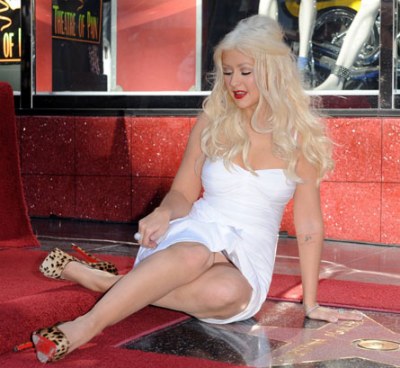 It seems to me that Christina Aguilera moved on pretty quickly from her marriage to record producer, Jordan Bratman. She just filed for divorce in October, but has been dating the Burlesque assistant ever since.

When the news of her divorce broke, someone from Jordan’s camp reportedly made allegations that she was bringing women back to their shared home and having sex with them, with Jordan present. The rumors said that he had basically no say in who she brought back and he wasn’t allowed to participate in their fooling around.

PITNB reports that something seems rather fishy about the whole scenario:

As I’ve mentioned before, I’m hearing from very reliable sources that Xtina‘s relationship with Matt is not as genuine as she is outlining in this new interview. From what I understand, neither Matthew nor Jordan are Xtina‘s type. My guess is that this whatever the Hell is going on is merely for PR purposes. I’m having a real hard time taking Xtina at face value when it comes to this new “love interest”. Nothing about it feels right.

What do you think? Does it seem odd to you?