Is Dancing With The Stars Selling Out? 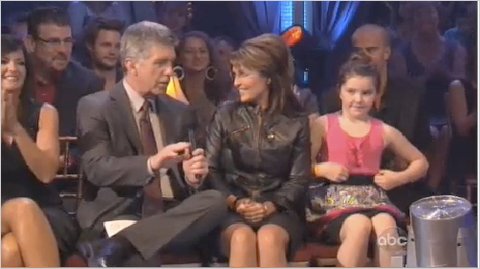 Dancing With The Stars began as a showcase for C-list talent or maybe B-listers who had dropped out of the running and desperately needed some publicity. In the last couple of years however the show has somehow climbed in popularity and is now anxiously awaited each week by millions and covered all over the blog and magazine world. These days a good run on the show can repair the trajectory of a star who’s career was in free fall and the list of people trying to get on the show proves that it is in high regard and demand by insiders.

All of this speaks to the quality that Dancing With The Stars applied to their production in the past.   This season we have been covering the show closely, even running a live blogging commentary each Monday for the 2 hours during which the show airs.   What we are starting to see is troubling – it seems that the powers that be behind the scenes have decide to sell out! By this we mean that the judges scoring is being manipulated to produce the outcomes that the producers think will maximize their audience size and therefore their advertising income.   For example Bristol Palin, that pathetic excuse for a teen activist, flopped around the stage in a rather ungainly fashion and yet received one of the top scores of the night – exceeding the scores of people who danced much better than she.   Of course her mammy, clad in leather Sarah Palin, who calls her daughter Bristol the Pistol, never missing a publicity opportunity, was there in the audience rooting her daughter on.   In order to define Bristol Palin they have given her a title – after all they can’t just call her “Unwed Mother” – she is now a Teen Activist and her activism runs in the direction of preventing teen pregnancy Believe It Or Not!

There were other obviously unfair scoring examples on this show but amazingly all of them ran in the direction of favoring those people who the producers want to survive as the weeks go by. If this trend towards unfairness continues then eventually the audience will become disenchanted.   People have an innate sense of fairness and there were several instances of booing over the scoring tonight.   Let’s hope that the people responsible for Dancing With The Stars wise up and make sure the show stays legitimate and the best dancers win.   It isn’t as though this show’s results are intrinsically important, like the Presidential Elections, but still we like to see honestly and transparency – after all this is American Darn it!