Is Jessica Simpson’s New Boyfriend Using Her To Get Famous? 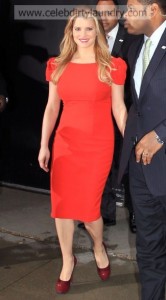 Jessica Simpson began dating ex-NFL player Eric Johnson last month but her pals are worried he is just using Jessica so he can raise his profile.   Speaking about Eric – who graduated from the prestigious Yale University – a friend of Jessica’s said: “I don’t care if he’s so smart and all that, I get the sense he’s more interested in people knowing he’s dating Jessica Simpson rather than truly caring about Jess and her needs.”

According to the Chicago Sun-Times newspaper, another friend insists he is a “fame whore… the kind of guy who is really into dating famous women”.  Eric further raised suspicions among Jessica’s pals by dropping out of a two-year MBA business course at the University of Pennsylvania prestigious Wharton school so he could spend more time with Jessica.    However, friends of Eric – who split from his wife earlier this year and filed for divorce in February – insist his feelings are genuine and he is smitten with the blonde star.  One pal argued: “Bulls**t! That’s totally ridiculous and wrong. He is a really good guy and he’s as nuts about Jessica as she is about him.”

hmmm considering her track record…I guess he just may be using her.  She has not had a lot of luck with the fellows!