Is Justin Bieber Going To Be The Next X-Factor Judge? 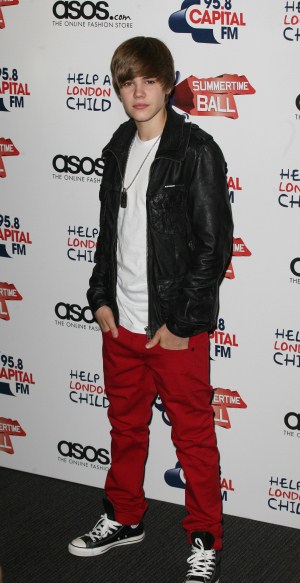 Simon Cowell has said Justin Bieber has thrown his hat in the ring to appear on X-Factor as a guest judge when it launches in the US later in the year.  Justin said he would love to do it he just thinks people might not be too happy to take advice from someone as young as him.

“He [Justin Bieber] put himself forward to judge some of the episodes,” Cowell said.

Simon has also revealed that he is getting a lot of interest from top stars to appear on the show.

“We had a phone call from someone on the weekend, someone very well known who out of the blue wanted to be a judge on the show. Literally out of the blue, and it’s one of the most famous singers in the world,” he said.

Since Simon Cowell announced that he is quitting “American Idol” in order to judge the show he created, “The X Factor,” when it debuts on Fox in 2011. Many people have wondered what impact it will have on  “American Idol”  With people like Justin Bieber wanting to be a judge on it, it is sure to give Idol a run for it’s money.