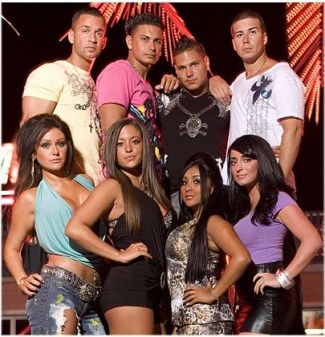 As we reported earlier this week the "Jersey Shore" cast rejected MTV’s offer last week for season two.  They decided that an offer of $5,000 an episode was not enough.  However, the cast has made a deal with MTV and the entire "Jersey Shore" cast has agreed in principle to come back on board for Season 2.   MTV gave The Situation, Snooki, Pauly D and the rest of the crew a deadline of today at the end of business, or else they’d all be replaced.

Apparently that was enough to get them to accept a $10,000 per episode offer. One of the last terms the lawyers are hammering out is the number of appearances the cast can make outside the show.   Cast members — especially Snooki, Pauly D and The Situation — want the right to appear at as many as four clubs and other venues a week-where they’ve been raking in good money in appearance fees.   So all the fans can breath a sign of relief they will get to see the overtanned, over poufed, over oiled kids for another season.