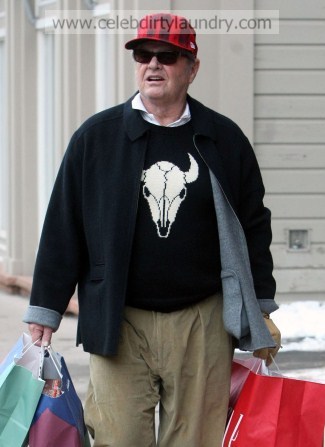 I cannot believe I am reporting on this story ;-)  but it is Sunday LOL and it is a funny story.   Jack Nicholson invents new "racoon repelent".  So the story goes actor Jack Nicholson was showing a group of male pals around his Hollywood Hills home when he asked them to make sure they relieve themselves outside – to stop wild racoons coming too close to his property.

According to the National Enquirer magazine, he said: “Hey, whenever you guys have to go, feel free to come out here and urinate in the yard.”   The group thought the 72-year-old screen legend was making a joke and burst out laughing.   But Jack quickly reassured them: “No, seriously, it helps keeps the raccoons away!”   The veteran movie star isn’t normally so concerned about keeping wild animals away.

He recently revealed he was considering being eaten by vultures when he dies.   He quipped: "I’ve had several ideas. Once I thought it would be nice to be buried under a large statue that is at least ten metres high. Then I liked the nature of the Indians who haul their bodies up into the trees so that they are eaten by the birds."