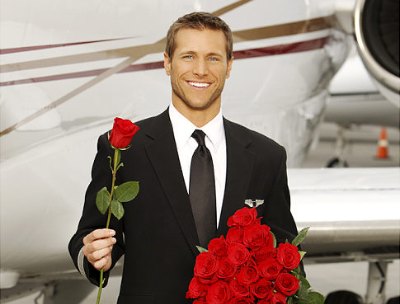 Jake Pavelka is obviously comprised of nothing but fail when it comes to dating. The Bachelor didn’t work out like he wanted it to and thus, he was left alone. That is, until he realized that he could let his fingers find him a date. Enter Match.com here.

In what sounds like an advertising for the dating site (hey, it could happen), Jake says that he tried to get a date using the popular online service.

He said, “I’ve tried Match.com. It is really hard to meet people, and the reason it’s hard to meet people is timing. You don’t know where people are! Did they just come out of a relationship, are they completely closed off emotionally, or have they had a whole line of really bad breakups?”

Even though things didn’t work out with his ex, Vienna Girardi, he remains hopeful that he’ll find the right lady. He said, “It’s not a good thing or a bad thing. Each relationship you go through, you learn a lot about yourself. So after the whole Bachelor thing, I had to work through everything I learned about myself.”

He added that he is “still looking for someone to be romantic, passionate and protective with, someone who is kind and I can trust. The hard part for me is dating women who have a pre-conceived notion of who I am. I’m not ‘Jake the Bachelor.’ I’m just Jake. I’m just a guy who was on a television show.”