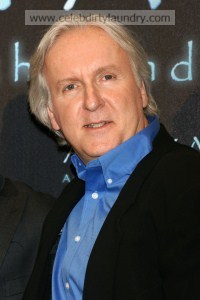 Director James Cameron says he has already begun thinking about the sequel to his $2.7 billion grossing movie – which tells the tale of a group of aliens on a planet threatened by humans – and has decided not to focus on the same locations as the first film.  He said:

"Part of my focus in the second film is in creating a different environment – a different setting within Pandora.   "And I’m going to be focusing on the ocean on Pandora, which will be equally rich and diverse and crazy and imaginative, but it just won’t be a rain forest. I’m not saying we won’t see what we’ve already seen; we’ll see more of that as well."

The Canadian filmmaker also confirms there would be six minutes of extra footage in the upcoming theatrical release of ‘Avatar’ and admits it is going back into cinemas because competition for 3-D screens is nearly over. He told the Los Angeles Times newspaper:

"We’re working on finishing an additional six minutes of the film for a theatrical re-release in August. We were sold out of our Imax performances right up to the moment until they were contractually obligated to switch to ‘Alice in Wonderland’ so we know we left money on the table there.   "And the 3-D really helped ‘Avatar’ right up until the moment that it hurt it. And it hurt it at the moment ‘Alice’ and then ‘How to Train Your Dragon’ and ‘Clash of the Titans’ came in and sucked up all the 3-D screens."

Recently the film’s lead actor Sam Worthington confirmed he was locked in to working on the sequel.   He said: "The deal was if we made a billion dollars we’d grab the manpower and undertake the job. Well, we’ve made about $2.6 billion at the moment so we’re screwed, we’re definitely going back."  Photo: Flynet Pictures