During the Winter Olympics today NBC plugged in a promo for the return of the Tonight Show with Jay Leno.  In it’s usual fashion when dealing with Conan, the promo was tasteless. In the promo, Leno is driving an old sportscar down an open road to a song by the Beatles, “Get back to where you once belonged.” On his car there are a couple of stickers that say 11:35 PM, his time slot. Come on, Leno’s back to where he belongs? This whole thing is gross.  It’s all down hill from here, no Conan, no decent show to watch.  Why didn’t they just have Leno burn Conan’s picture and a pile of money, would have the same effect! 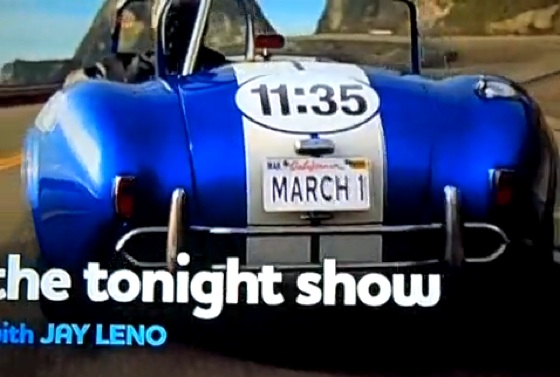