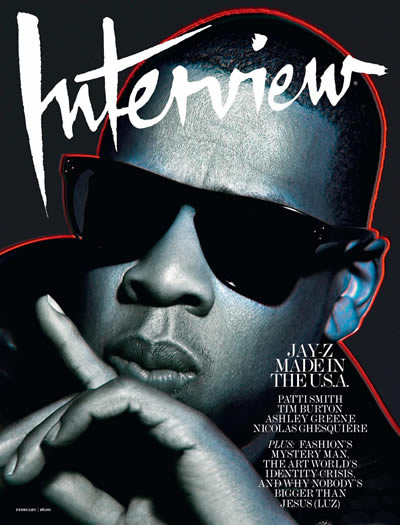 Jay Z graces the February 2010 cover of Interview magazine.    The cover was photographed by Craig McDean and the inteview was done by Elvis Mitchell.  Below is a glimpse of the interview:

He says about movies – He acknowledged Quentin Tarantino as an influence: “Man, the way Tarantino went back and forth in time, that’s it. I love Pulp Fiction (1994). I name-checked it before, but it was a big influence on my writing.

He says about Rap – “Rap for me is like making movies, telling stories, and getting the emotions of the songs through in just as deep a way.

To read the rest of the interview visit Interview Magazine.