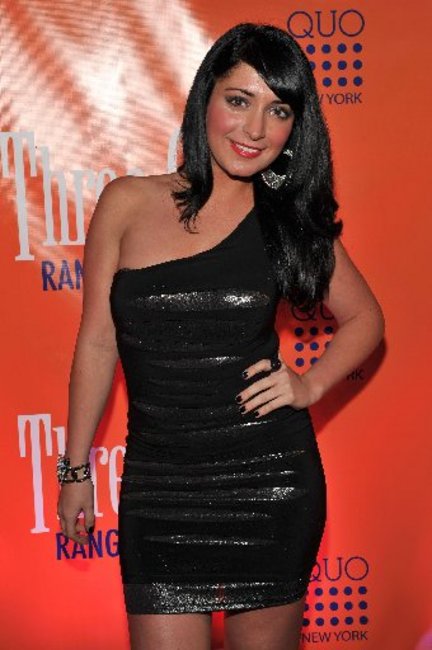 Looks like Angelina Pivarnick  from Jersey Shore can count.  After handing her recording of her new music single called “I’m Hot” to Producer Andy Stein he returned with what Angelina claims is a low ball contract that she refuses to sign.  Stein, on the other hand says he can’t understand why his little starlit is unhappy since he gave her everything she asked for… .  Someone here is not telling the truth.

But Stein claims he doesn’t understand the problem — telling us, “I agreed to give [Angelina] exactly what she asked for.”  The song was originally supposed to drop on October 16th — but now, it seems the world may never be exposed to what most certainly would have been the greatest song ever released.

We bet that it is Stein – Angelina probably wants more upfront money but Stein is trying to get her to wait for it on the back end – this way if the song bombs (a definite possibility) Stein won’t be holding the (empty) bag.