Jersey Shore’s Pauly D Getting His Own Show! 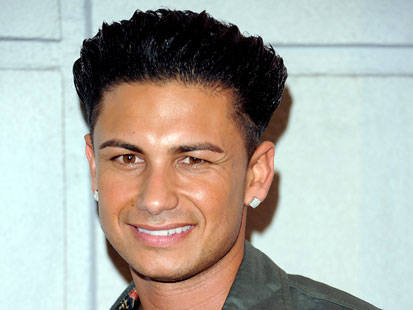 Paul “DJ Pauly D” Delvecchio, 29, is getting a spin-off.  Pauly D will be the first cast member of reality show Jersey Shore to get his own show.  MTV announced the news today even though the pilot was shot in September 2010.  MTV released the following statement today as to why Pauly D was the cast member chosen for a pilot:

“At the heart of Jersey Shore is the unique and genuine cast and Pauly D truly embodies both qualities,” Executive Vice President of Programming and Head of Productions at MTV Chris Linn remarked in a statement. He went on to praise the DJ.

“He’s distinguished himself onscreen as the fun-loving, well-coiffed, and dependable guy you can’t help but want to hang out with. We know viewers are curious about his life away from the shore and we look forward to exploring new possibilities around that.”