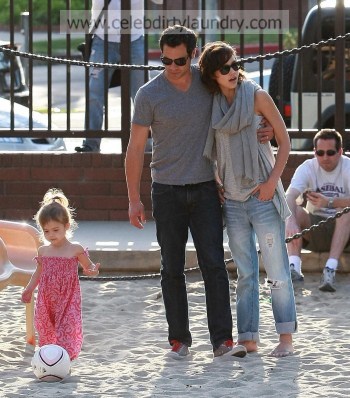 The ‘Fantastic Four’ actress – who gave birth to her first daughter, Honor Marie, with husband Cash Warren in June 2008 – said she is eager to expand her brood and was inspired to adopt after making a TV show where she visited a family who had adopted 13 children but still lived in a small trailer.

Speaking on US show ‘Extreme Makeover: Home Edition’ she said: "My mom grew up around a huge family, and they always wanted more kids, and I was like, ‘Why don’t you just adopt?’   "I’m totally inspired. If you have the love, and the capacity to love children, you should just adopt. And I plan on doing it."   Jessica has previously said she and Cash plan to expand their family, saying: "We’ll have a few kids – three or four."

The 28-year-old actress also has previously talked about how much her life has changed since she became a mother, and that realised exactly how much her routine had altered when she went on vacation with some friends who don’t have kids.   She said: "Now that you have kids it’s different going on vacation. You know, single people aren’t really trying to wake up early in the morning. They don’t understand a meltdown, and a poopie diaper grosses them out."  Photo: Fame Pictures