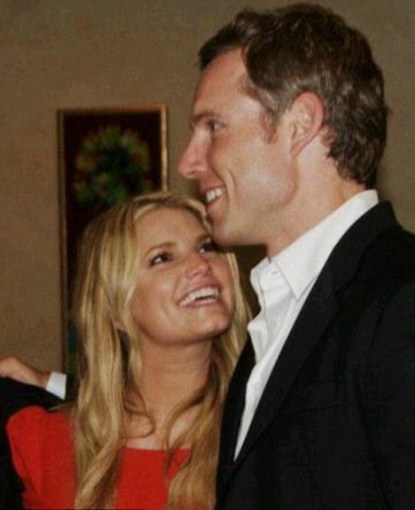 Jessica Simpson, 30, has gotten engaged to her boyfriend Eric Johnston.  Apprently, the two officially got engaged Thursday November 11th, 2010 when Eric popped the question.   Jessica and Eric have been dating since May 2010 since his marriage broke up and he has recently gotten his divorce.

Jessica showed off her ring Saturday during a promotional appearance in Kansas City.

Though Ashlee Simpson-Wentz recently told Us Magazine that her sister “is happy, so we’re all really happy,” sources insist that most of Simpson’s friends are concerned about Johnson’s motives for dating the singer.  “Eric was never that successful in the NFL, but he’s always wanted the celebrity lifestyle,” a source told US in October. “Her friends do not trust him.”

News broke last week that her ex-husband Nick Lachey who she had been married to for three years had gotten engaged to his girlfriend Vanessa Minnillo whom he had been dating for five years.   Poor Jessica has not had much luck with men in the past couple of years.  I hope Eric is the one for her we are wishing her all the best!