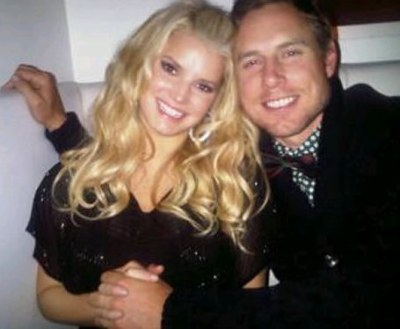 We’ve been wondering off and on for a while now whether or not Jessica Simpson is pregnant by fiancee, Eric Johnson. Their engagement seemed pretty rushed and he just got divorced! Something’s a bit off here, if you ask me!

It was rumored that the twosome wanted to be married by Christmas, but now, we’re hearing that their target date for their nuptials is actually New Year’s Eve. Speaking about her engagement ring, Jessica said, “This would definitely go down in history as one of the best holiday presents that there is.”

She added, “I’m looking forward to spending the holiday with Eric. This will be our first holiday season together, and we get to do it engaged, which is great.”

As far as the wedding rumors, she said, “We’re not getting married quite yet. None of the rumors are true. We honestly haven’t even started talking wedding plans. We’re really just celebrating our commitment to each other. We’ve both been married before, so we want to take it slow and we know that we’re going to be committed together forever.”

She also dispelled the rumors that she’s knocked up, saying, “I got really, really sick yesterday. I don’t know what happened. It could have been what I ate that morning….I’m doing better today.” And the rumors? She added, “We both want to have a family some day. I’d love to have little Johnsons running around.”

She could’ve tried to word that a little better!